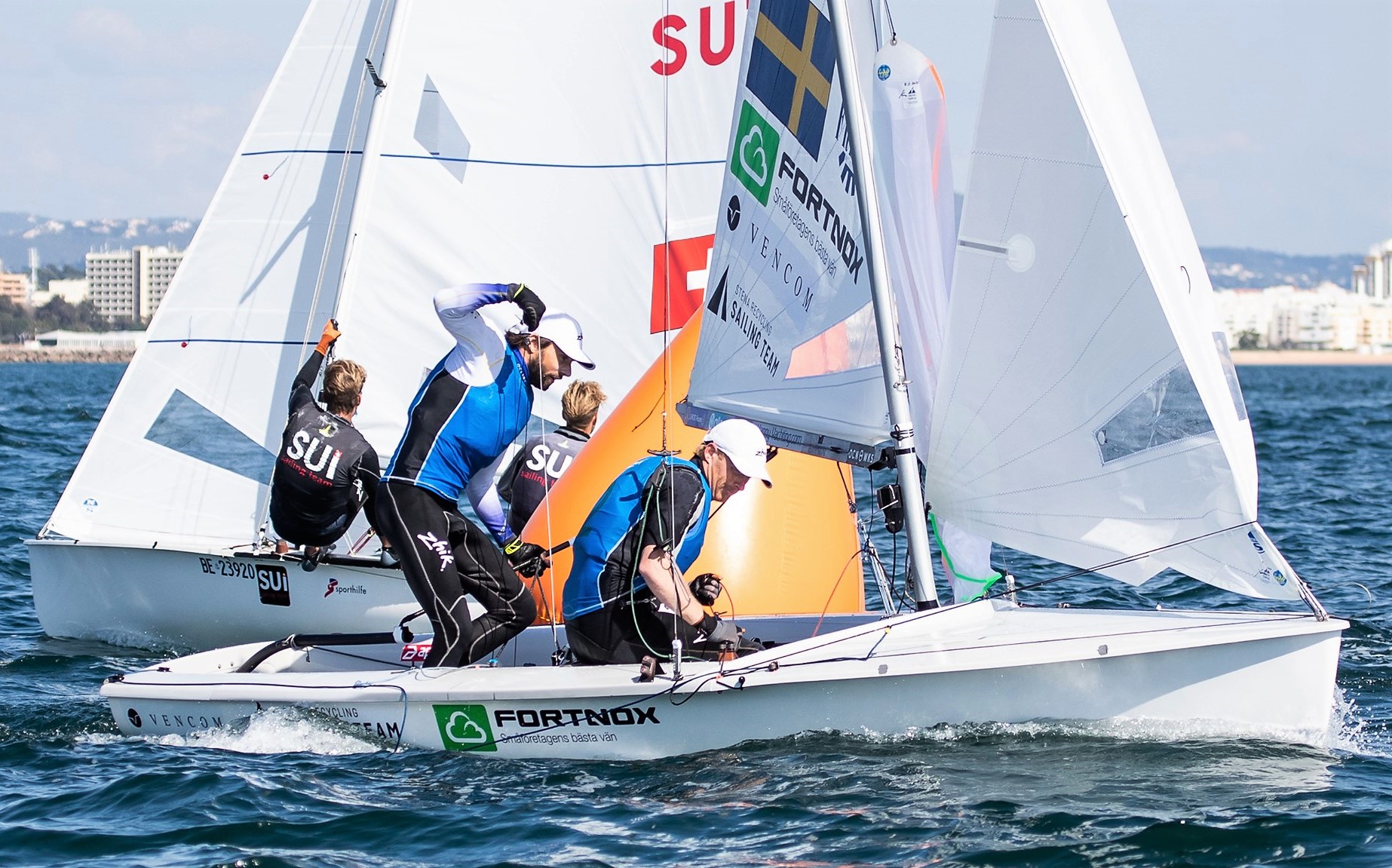 At the top of the ranking the Swedish duo Anton Dahlberg and Fredrik Bergström, reigning European champions, managed to rise to the 1st place, pushing the Spanish Jordi Xammar and Nicolas Rodriguez to 4th, until now leaders of the race.

The Nordics are now closer to their goal.

“It is a dream for us to be champions. It was a very treacherous and competitive day where every mistake counts, and we made them. We struggled with the light wind and it was hard to understand where it was going, but we succeeded,” said Anton Dahlberg.

With the wind decreasing in intensity compared to the last days, the fleet of 76 boats managed to complete the two races, making a total of seven races.

The Russian duo Pavel Sozykin and Denis Gribanov moved up to 2nd, maintaining the rise in the classification started in yesterday’s regattas and the Portuguese Diogo and Pedro Costa reached 3rd place.

With this classification the Portuguese duo remains the best positioned to occupy the only Olympic spot that still exists for the Tokyo 2020 Games, which is being contested by 7 countries.

The women’s fleet is also trying to fill the only Olympic spot still available. So far Turkey is the best placed, followed by Russia and Ukraine.

In the mixed competition the English duo Amy Seabright and James Taylor leads, followed by the Israelis Gil Cohen and Noam Homri, and the Americans Louisa Nordstrom and Trevor Bornarth close the podium.

Mixed crews will be the future of the 470 class and the exclusive format to be adopted after the 2020 Tokyo Olympics.