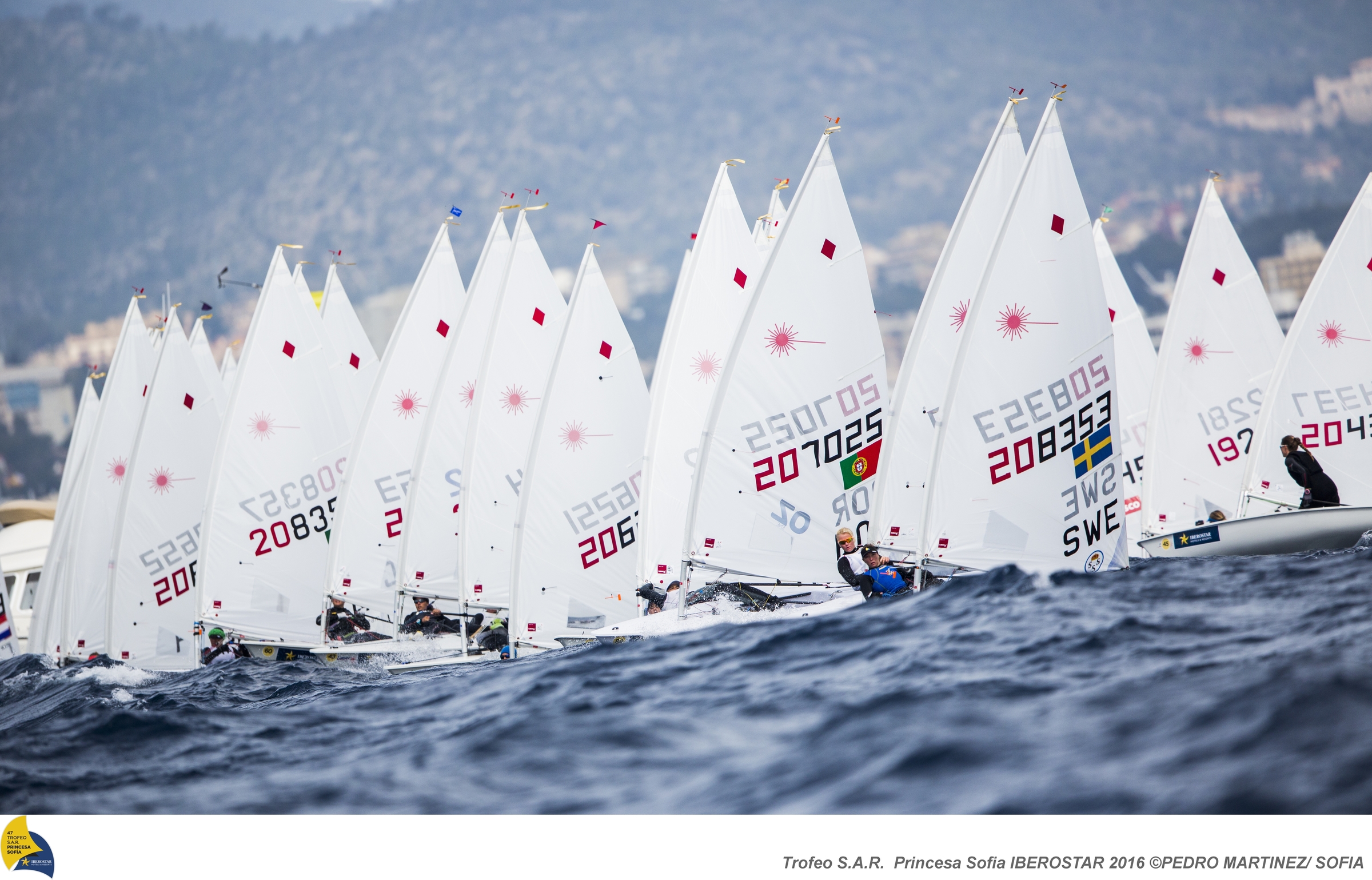 Changeable weather on the Bay of Palma might have finally brought some sunshine and warmer temperatures to the racing waters of the 51 Trofeo Princesa Sofia Mallorca Olympic classes, but staying on top of the sizeable shifts in wind direction and pressure offered a whole new set of challenges to the huge fleet of racers after the first couple of days of cold offshore NE’ly winds.

On this third day of the first Hempel World Cup Series regatta of 2022 the standout performances included French Formula Kite rider Lauriane Nolot. After yesterday’s frustrating opening to her Olympic campaign yesterday, today she fired off a second and three first places to lead the women’s fleet by five points.

On the first day of gold fleet racing the comeback of Australia’s ILCA7 2020 gold medallist Matthew Wearn has been impressive A technical failure meant he started the event with a DNC then 26th but today he fought his way up to eighth overall with two second places.

French impress
This may only be the very start of the road to Paris 2024 but the strength and depth of the French team is impressive in Mallorca leading overall in the 49er, the ILCA 7 and both iQFOiL and Formula Kite women.

Respectively bronze and silver medallists at last year’s world championships, the rivalry between kiters Nolot and compatriot Poema Newland – who lies third here – ensures both are pushing each other to higher and higher levels.

“I feel like this is the start of our road to the Olympics in Marseille and with Poema, the way we have been battling against each other since last year is good for both of us and here we are near the top. But I am a little bit of a perfectionist and so I see my mistakes everywhere and am always looking to improve.” Smiles Nolot who lives and trains from Hyeres at the epicentre of the hotbed of French kiting, along with the Montpellier beaches.

“I wanted to avoid all the mistakes I made yesterday when I was too focused on how unpredictable the wind was. Today I just accepted the wind is unpredictable here and just concentrated on my speed and that worked well. I went where I had space and clear wind and that was key as I won every race. I was trying a new kite yesterday and was out of my comfort zone a bit, away from my good habits.”

Skiff leaders too
Their French counterparts in the 49er skiff class Erwan Fischer and Clément Pequin continue to lead the Men’s 49er fleet despite messing up the first race of yellow group before bouncing back with a second place in the next. “It was lighter today, so more tactical,” said Fischer. “We missed some opportunities in the first race but overall we’re very happy with how it’s going. The forecast looks good for tomorrow and it looks a bit stronger which is always fun. To be honest we are just happy to be back out racing again.”

And veteran campaigner Jean Baptiste Bernaz, another ‘sudist’ from the Med, who is setting out on his fifth consecutive Olympic journey looking to represent France at their home games holds the overall lead in the ILCA 7 class just one point ahead of his German training partner Philipp Buhl who won the second race for gold fleet.

“The first race was not easy there was one big wind shift and if you were not there you were finished. I lost about ten boats and finished 18th but the second race was better. It was that kind of day.” Said Buhl, the 2020 world champion who is looking to get to his third Olympics “This feels different this time because it is a much shorter lead in. It is not always enjoyable. When you are sitting around in the rain waiting it is not so nice but when you are leading a gold fleet race in the sunshine in good conditions this evening, that is good fun and keeps you motivated.”

Racing from the boatpark
A late arrival at the boat park forced Jordi Xammar and Nora Brugman (ESP) to start racing even before the Spanish 470 crew had launched from the shore. It seemed to do them no harm whatsoever. “We were in race mode before the racing started,” laughed Brugman who with her Olympic bronze medallist helmsman went on to win both of the day’s Mixed 470 races.

The Spanish team have kept all their scores from the first six races in the top three, putting them in a comfortable lead ahead of the second-placed Italians, Giacomo Ferrari and Bianca Caruso. “We’re enjoying sailing with each other a lot,” said crew Caruso. “It’s hard work for me working the boat on the upwind and hard work for him pumping the boat on the downwind. The teamwork is going really well.”

Like the Italians, the third placed French team of Kevin Peponnet and Aloise Retornaz are a combination of two Tokyo 2020 Olympians who have come together for Paris 2024. A second and third place has the French sitting in third overall after what Peponnet described as a tiring day. “Those conditions demand the hardest effort in the 470 – hike hard, pump hard. I told Aloise at the end of the first race that I was completely out of energy, but we managed to have a really good day. But I think I’m getting a bit old for this,” he laughed.

“No you’re not,” retorted Retornaz, “you just need to go to the gym more!”

Medallists dominate
In the Nacra 17, the Olympic gold and silver medallists from Tokyo dominated the day. After a below-par first day on the water in the stronger breeze, John Gimson and Anna Burnet (GBR) won the start and stretched out to an unassailable lead, taking their first win of the week. The Olympic Champions from Italy, Ruggero Tita and Caterina Banti, were second across the finish line. “The first race was light,” said Tita, “maybe seven to eight knots so no foiling upwind, only downwind. John and Anna found the best wind and there was no chance to catch them.

“The next race the wind was stronger, maybe 14 to 15 knots, so we were foiling upwind and working out how to make the new system on the rudder elevators work,” he added.

The system is new to everyone but it seems the established teams are learning quicker than the rest, this time with the Italians taking the win in the next race and the British in second. The Italian and British teams have been longstanding training partners, including a long session over the European winter in Cagliari, in the south of Sardinia. “We didn’t have the new setup then,” said Burnet, “but I think it’s in our favour that we’re both established teams, we’ve learnt to sail the boat and we’re coordinated with each other. Maybe that leaves us with more time to focus on getting used to the new rudder system.”
Tita and Banti keep hold of the yellow jerseys at the top of the leaderboard with fellow Italians, Gianluigi Ugolini and Maria Giubilei in second and Finland’s Sinem Kurtbay and Akseli Keskinen in third overall. Gimson and Burnet’s good day out has lifted them to fourth overall.

Palma At Its Memorable Best 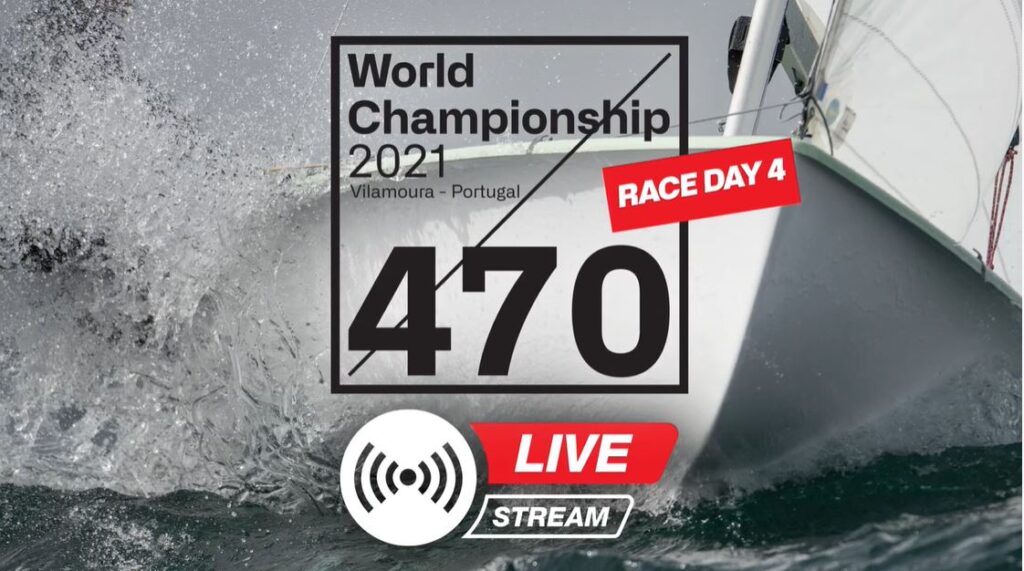